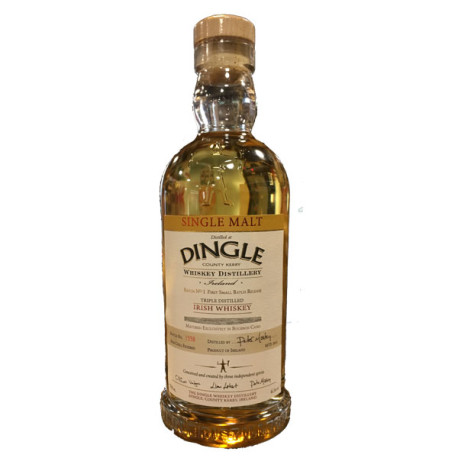 is the first truly new Irish whiskey in 25 years and the result of a hugely popular distillery in Dingle, Co Kerry. The very special stills are a key part of the Dingle Story. They take the best Irish malted barley and make pure pot still malt whiskey. Then they put it in casks and let the mild, moist, unique Dingle air do the rest. No whiskey in Scotland or Ireland experiences a maturation process like that. Dingle Single Malt Whiskey has just been launched in very limited quantities.