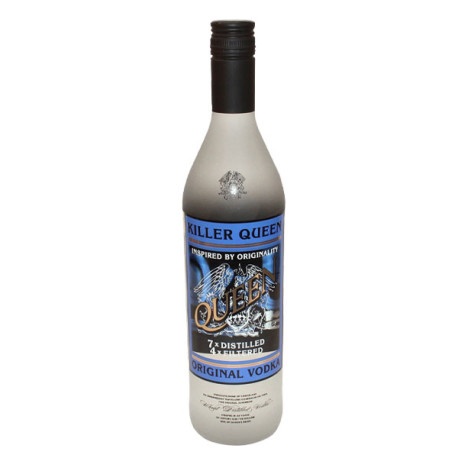 is A BUILT-IN REMEDY FOR KHRUSHCHEV AND KENNEDY…*

GUARANTEED TO BLOW YOUR MIND… …ANYTIME*
The ultimate accompaniment to any band’s rider, and drink of choice for the legendary late Queen frontman Freddie Mercury

Queen have unveiled a premium Freddie Mercury celebratory vodka, ‘Killer Queen’.
Released on the 40th anniversary of the multiplatinum single – and undeniable masterpiece – of the same name, Killer Queen

*Lyrics of Queen’s “Killer Queen” song which have no association to the contents of the bottle.