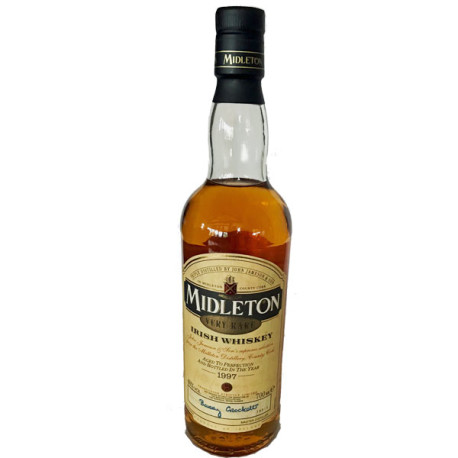 is a rare and hard to find bottle of Midleton. The Master Distiller Barry Crockett, used this whiskey to showcase the quality of whiskey that was being produced in the Midleton distillery. This showcase piece is released annually.

That said, no two years are exactly alike. The Midleton Very Rare range is not blended like other whiskeys to create continuity in the whiskey. In fact the handcrafted nature of the whiskey creates a unique offering that has subtle but recognisable differences between the years. This allows enthusiasts and collectors to enjoy the variances year on year and create a new experience every time you sample another year and Midleton Very Rare Whiskey 1997 is no exception.

NOTE: This is Bottle Only, no box or certificate available.