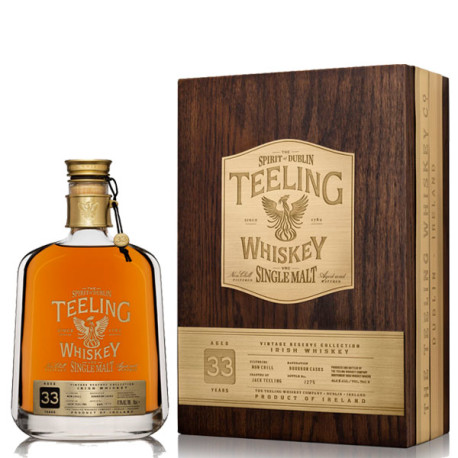 consists of some of the oldest Irish Single Malt ever bottled making this an extremely rare release of Irish Whiskey. Distilled in 1983 and aged exclusively in two ex-bourbon barrels which after 33 years of maturation produced only 275 bottles at an alcohol strength of 42.9% straight out of the cask. To match its rarity, this historic bottling of Irish Whiskey produces a truly unique taste experience from its complex floral nose, to its deep layered flavours as a result of its 33 year journey and a long luxurious finish without being over oaked.

Finish Deep and inviting as the spice comes back and then goes away again.