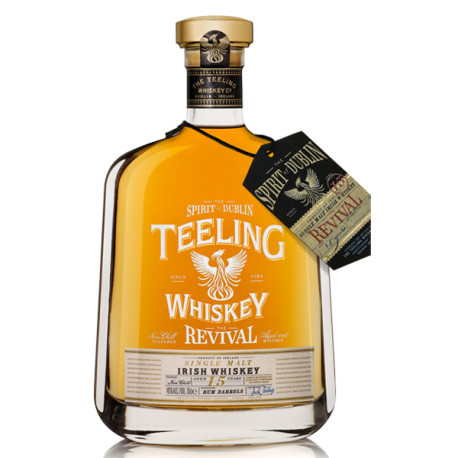 is a great release from the Teeling Whiskey Company and is entirely aged in Caribbean rum barrels. The character of the whiskey is light and fruity with some very pleasant tropical fruit flavours and an amazing smoothness. Produced by the Teeling Whiskey Company and sourced from an undisclosed Irish whiskey distillery, the types of Barrel used for aging are 100% matured in ex-Rum barrels.