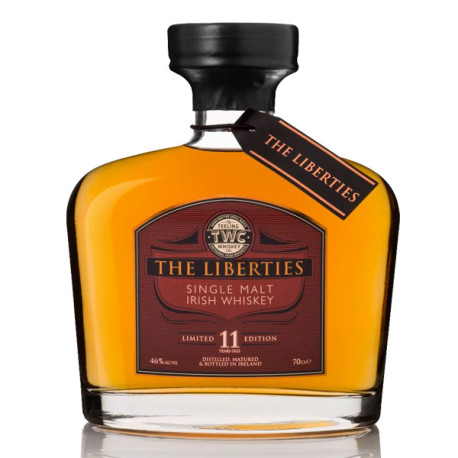 one of several collaborations to date with the Teeling Whiskey Company. It’s named for the area of Dublin that Teeling and others are rapidly transforming into a new distilling quarter. The Liberties 11 Year Old Single Malt Whiskey is aged for over 11 years in ex-bourbon casks and bottled in a limited edition of 1,000 at 46%, with no chill-filtration.